Hey guys, sorry for the delay in posts.  Have not had much time to sit down and write these last few weeks.

This past Sunday, we were scheduled to enter the studio to record 4 new songs for our coming album.  We were hoping to release these songs over the coming weeks to promote what was to come.  Unfortunately Covid-19 has forced us to cancel all our plans.

Ironically enough we had just decided to name the album "The Odds Are Even Worst."  We really fucking hit the nail on the head, didn't we?  I speak for all of us when I say we are upset by the derailment of our efforts.  Not to mention most of us are out of work at the moment, so our savings, that we so carefully budgeted, are quickly disappearing.

Moving past that, from the very bottom of my heart I hope everybody reading this is doing alright.  A month ago I could never have imagined we'd ever be here.  This shit starts to get intensely real when people you know start dying.  For everyone who is affected by Covid-19, in any way, we are praying for you.  And for all the people who are stepping up to the plate, and providing care and emergency services for the rest of us, when the dust settles this country, and planet will owe you a huge debt of gratitude.  Shout out to my sister for being on an ambulance during this craziness, and as if that's not enough, on her off days she's taken it upon herself to suit up and use her personal vehicle to transport the sick and unhealthy.

Right now it's around midnight.  I am having a few beers and listening to Casper Allen live stream a show from New Orleans.  If you haven't heard him yet, do yourself a favor and check him out.  Everybody remember to support your favorite indie musicians during this time, support the healthcare community, and support each other.  God bless, and see you soon. 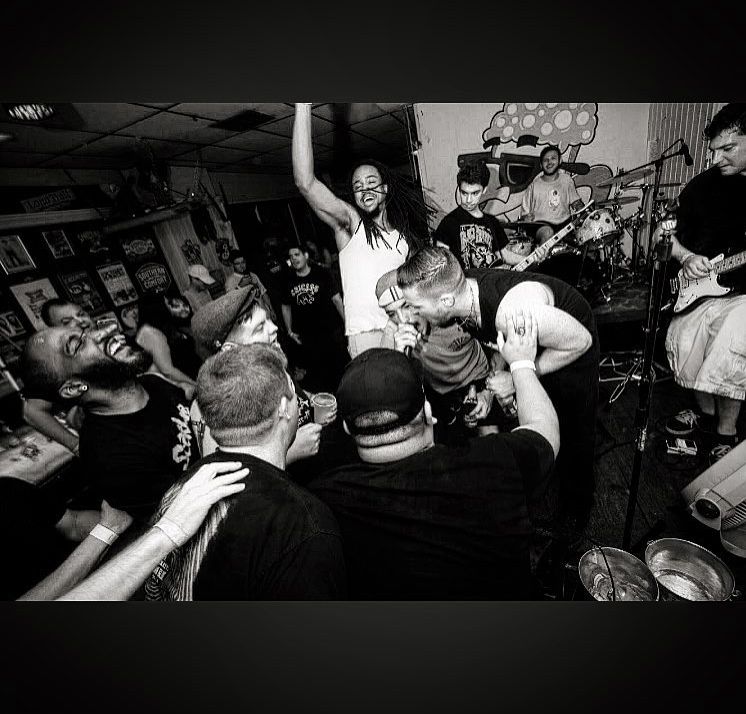 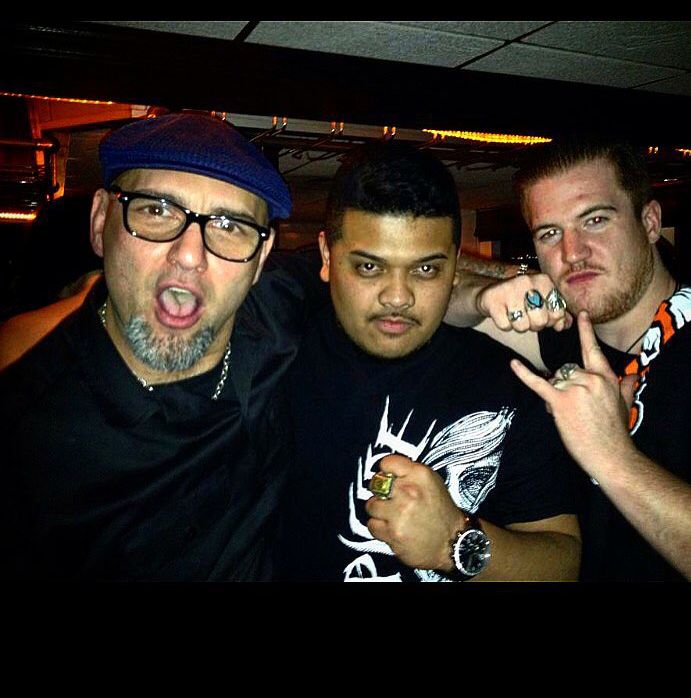 I first hung with Jimmy Gestapo in the summer of 2014.  I had been listening to him for years.  Tony and I, along with my brothers and friends, went to see Murphy's Law play on a boat show in New York City.  It was a few days after Jimmy's father passed away, and we spent the hours before their set drinking tequila in his honor.  We talked music, and when he asked my bands name, he got such a kick out of the malt liquor tribute that he offered us a show together.

After a few weeks I hadn't heard back from him.  As luck would have it, Danny Diablo (another one of the greats) was hosting a party that September, and we were attending. When Jimmy arrived he never missed a beat.  He walked right up to me and put me on the spot.  "Is Steal Reserve playing our Halloween Show?"

Unfortunately music is a very clique business, full of jealousy and competition.  Murphy's law, and Jimmy only care about the music. They want to foster the next generation; stear them in the right direction, and encourage their growth.  He has remained a friend and a supporter of our music over the years.  I only wish more of us could follow his example, and support the future of the music we all love. 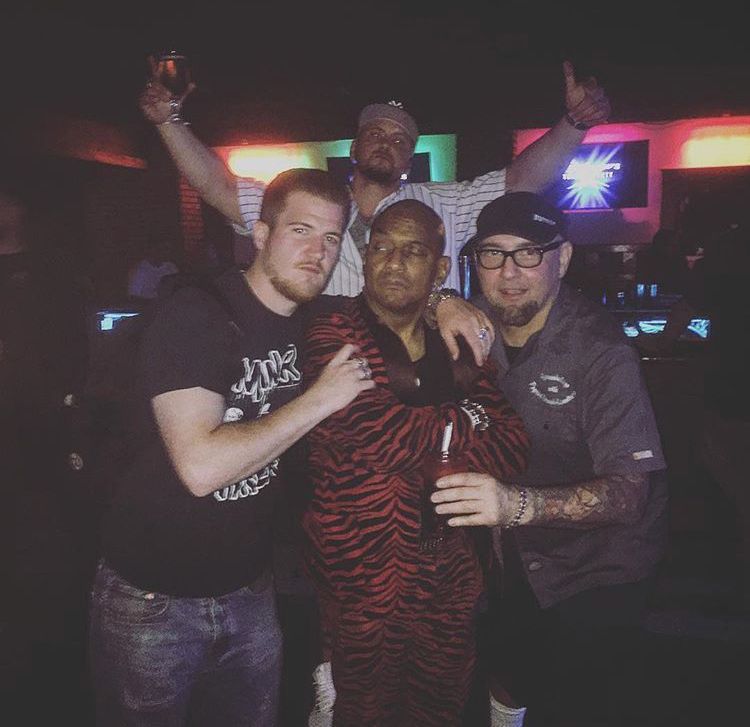 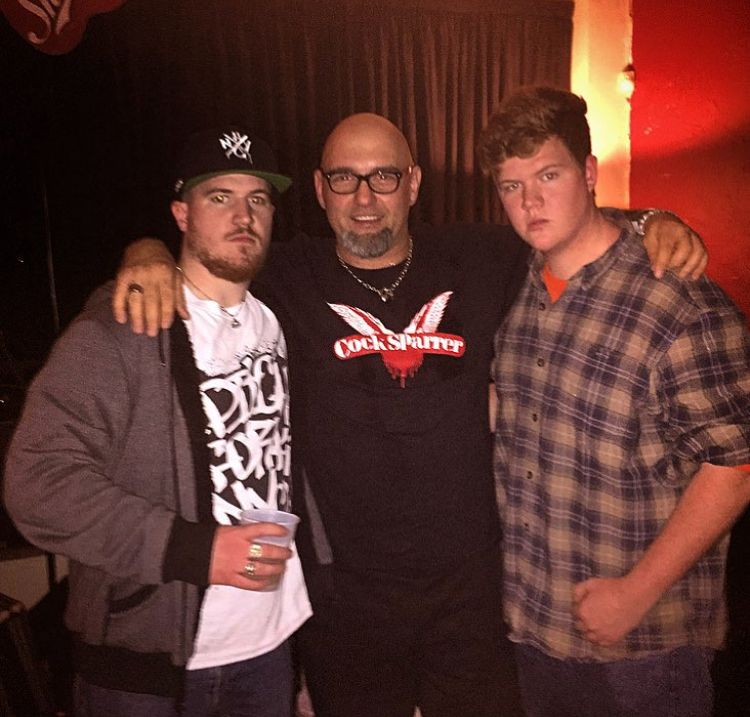 Once again thanks all for the feedback.  One of our readers asked us to explain some song origins and inspirations, so I figured we'd start from the top.

Rust was the first song we wrote as a band.  Although we released the album in 2017, believe it or not we had the first track written, and recorded in 2013.

I had just turned 20 years old, and had no idea that this song would serve as the foundation for the rest of the album.  In 20113 I had just finished my second year at film school.  It had been years since I played music seriously, but we decided to write and release a single that summer.  Anthony wrote a progression, and the lyrics just seemed to write themselves.

Now if you're familiar with script writing at all, most scripts start with characters.  If you can find a great character, you have to walk in his shoes, create a history, and a personality.  Our subject in Rust is an example of this strategy.  It was the first time I ever wrote a song from a characters point of view.

Our character has seen a lot.  Life experience has created cynicism and pessimism.  He grew up on the streets,  turned 23 in prison, and trusts no one.  This was a story I knew very little about.  Little did I know...

Little did I know less than two months later I would be locked up.  I would be thrown out of film school.  I trusted no one.  It would not be last time I was in trouble.

Rust was the first of 8 songs dealing with the issue of being labeled an outlaw.  To this day it remains one of my favorites, and one of the most personal songs we have ever done.  The next song we wrote was Miracle.